[1] The bra sizing by company article has a chart of US brand sizes and their UK equivalent.

Band sizes vary greatly among sizing systems, and even by brand, but intrasystem conversion can present reasonable starting point for estimating size.

Cup sizes also vary greatly among different systems. However, they do not equate to one another, as cup size labeling for each system falls into one of two different methods: increasing cup size every inch method (US and UK), and increasing cup size for every two centimeters (all other systems). Since one inch does not equal two centimeters, but, rather, 2.54 centimeters, there is great discrepancy between the systems, which becomes more exaggerated as cup sizes increase.[3]

Band sizes typically begin at 26 and increase in increments of two, yielding the bra sizes of 26, 28, 30, 32, etc. Cup sizes generally start at AA, indicating 0 inches of difference between bust and band measurements. From there, with every one inch increase in the bust-to-band difference increasing the cup one size.

The US also uses the band sizes that directly correspond to chest circumference, using inches, as well as the one inch method for cup sizes. However, US cup sizes are labelled using different letters.

As this chart continues, up to a 16 inch difference can be found.[4] Thus, take care when purchasing from US manufacturers. Plus Size Bra appears to have a cup-size comparison chart by company, which may be useful to this end, but it's out of date and the validity is unknown.[5] The bra sizing by company article has a chart of US brand sizes and their UK equivalent.

Band sizing in Europe and Japan (EU) does not correspond to underbust circumference, but one add 4 or 5 inches to her measurement, instead of taking the raw number. Thus, to find one's correct EU band size, a rough rule to follow is to round the underbust measurement to the nearest 5 (as band sizes increase in multiples of 5 centimeters, such as 55, 60, 65, 70, etc.), then subtract 10.

Cups increase by 2 centimeters for every band size, instead of the one inch (2.54 centimeters) in the UK and US systems. The Japanese labeling system differs only from Europe's in that cup size is listed before band size, such as "B70" instead of "70B".

Just like with other sizing systems, the number indicating band size and the number the bra actually stretches to can vary between brands. If you're looking to try a new brand online, it's always best to look for reviews on bra blogs and places like Bratabase and A Bra That Fits before purchasing.

The bra sizing method of Australia and New Zealand (AUS) most often uses cup size increases of 2cm as seen in manufacturers sizing charts such as Bendon [2], Bonds [3] and Pleasure State [4]. Band size is measured by dress size instead of underbust. These AUS dress sizes are only based on women with B and C cups, leading to inaccuracy if one chooses a bra based solely on dress size. Circumference of chest, as used in dress size, does not relay information regarding band size or cup size.

It most commonly employs UK cup labelling conventions from AA to DD but thereafter uses European style cup labelling as seen for example in Berlei [5], Bras n Things [6]. Thus most AUS brands skip FF cup and instead go straight from F to G, for example a few brands the Bendon Group owns. However there is substantial variation between manufacturers sizing and cup labelling [7] with many using unique labelling such as Cake [8], Lovable [9] and BodyWise [10] (Bendon notably is the only one employing UK sizing [11]).

This amalgamation of size labelling conventions can cause substantial difficulty for AU/NZ women when seeking international bra conversions. However such conversions are essential in larger cup sizes as this market in AUS is met by equal parts UK, US and European manufacturers whose products display sizes in their own countries conventions without local equivalent [See for example the ranges at Blest Bras [12]and Brava Lingerie [13]].

Many local lingerie and large cup bra specialists are themselves confused by differences in cup labelling and offer misinformation. Bras and Things [1] for example suggests far more conformity than exists by presenting (far from uncommonly) UK and US cup labels as identical to AUS in its international sizing chart while the large cup specialist Brava Lingerie [14] inaccurately suggests in its size conversion chart that European brands cup sizes increase by 2“ per cup ( eg compare the Panache to Prima Donna suggestions). Such misinformation can result in women wearing several cup sizes too small.

The system used in Belgium, Spain, and France (BEF) is similar to the one of Europe and Japan, except that the band size's numbered label is exactly 15 greater than EU's. For example, an EU band of 65 would equate to a BEF 80 band. hihi

The bra sizing method of Italy and the Czech Republic (I) is listed for mostly historical reasons, as most manufacturers have switched to the EU system.[15] Cup size increased via the one inch system, and band sizes began at 0 for the European band size of 60.

In spite of these intrasystem discrepancies, within a particular system, cup sizes still increase linearly. Do not confuse the following table with a conversion chart, which is above. 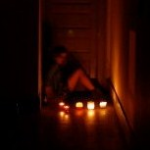 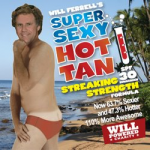 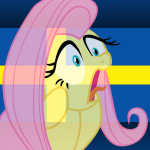 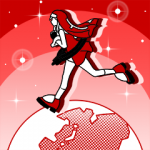